Not your typical soccer knockout

How did you get injured?

I took my teammates arse to the face.

With the Red Bulls technically a New Jersey-based team, the battle for New York’s soccer bragging rights may be decided at St. John’s Belson Stadium tonight when the Brooklyn Italians take on the NY Cosmos in the third round of the Lamar Hunt US Open Cup.


The tournament is the oldest ongoing national soccer competition in the U.S., and offers amateur teams the chance to test themselves against MLS stars. Founded in 1949, Brooklyn currently sits atop the Northeast region of the National Premier Soccer League, regarded as the fourth tier of American soccer.

And while the Cosmos no longer have anyone with the star power of legendary striker and now Honorary President Pele, they do include Marcos Senna, part of the Spain team that won the European Championships in 2008.

The winner may not own the rights for too long though, they will face defending MLS Supporters’ Shield winners the Red Bulls in the next round. But being Kings of New York doesn’t even matter that much in the Open Cup - no team from the 5 boroughs (or Jersey) have reached the final since the Metrostars in 2003, and the last NY team to win it was the Rochester Rhinos in 1999.

Posted by Unknown at 1:19 PM No comments:

Pirlo brilliant on free kicks, not so much on drinking


Andrea Pirlo, trashed, slurring and passing out --- a true legend 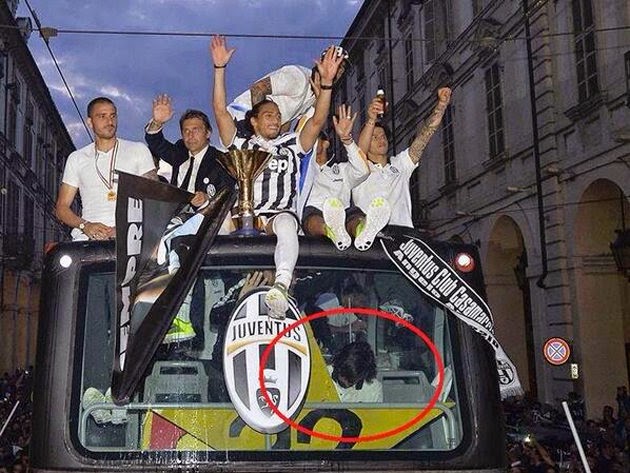 How do you celebrate winning your country's league, you ask? Stumble on the top of a bus, barely able to stand and throw some of the bubbly at your adoring fans. Rinse, repeat, pass the f*(k out inside the bus for all to see!

Posted by Freddy Sebastian at 6:37 PM No comments:

Batigol still has it at 45


Argentine legend scores a cracker and celebrates with Santa Claus


Gabriel Batistuta scores on a 30-yard goal in an annual charity match in Italy and is immediately mobbed by grumpy old men.

There is no substance to this article at all, just wanted to share some pics from the late 1970s and early 80s that show that any average midfielder can go on to manage Manchester United.

There's hope for Clayton Blackmore yet - especially as these pics suggest he could be their secret lovechild anyway! 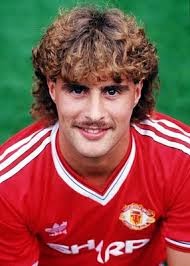 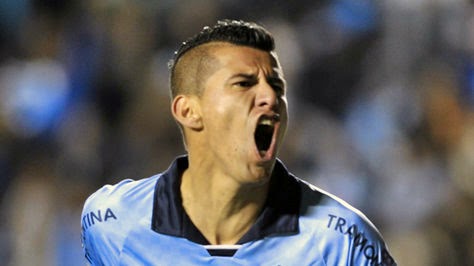 The samba beats have gone quiet for now.

For the first time in 23 years, not one representative from Brazil is in the semifinals of the Copa Libertadores, representing the darkest hour for Brazilian sides since the 2011 edition when four of their teams were ousted in the quarterfinals. It's also a humiliating experience as the World Cup kicks off there in just under a month.

Brazilian teams have lifted the Libertadores trophy for the past four straight years.

This year, there will be a new champion as Bolivia's Bolivar, Argentina's San Lorenzo, Paraguay's Nacional and Uruguay's Defensor Sporting each have not taken home the continent's most coveted silverware.

The focus, however, has to be on the Bolivian side managed by Spain's Xabier Azkargorta, who led the Bolivian national team to the 1994 World Cup in the U.S. The Bolivians have never achieved the levels of success as their other South American cousins on the international side--both country and club--but have boasted several semifinals appearances back in the 1980s with Bolivar, Wilstermann and Blooming. 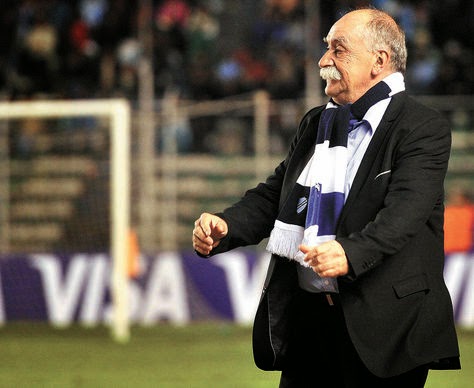 The Bolivians played intelligent on the counter at home in their second-leg 1-0 win but also have the skies of La Paz to thank for and also to Lanus defender Carlos Izuierdoz for punching his way out of a fracas in the penalty area that earned him a straight red.

They're two matches away from the final and three from giving Bolivia a bit of glory. They may also have already scored tickets to the World Cup final at the famed Maracana stadium too---Bolivar's president and Miami MLS investor Marcel Claure offered them this bonus if they made it to the semis!

Will Atletico Madrid end up with nothing? 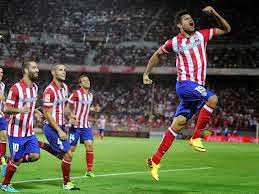 Atletico Madrid go to the Camp Nou tomorrow with the hope of becoming the first Spanish team other than Real Madrid or Barcelona to win La Liga since 2003-04. Atletico themselves haven't won it since 1995-96.

They only need to avoid defeat.

But should they lose, they will then travel to Lisbon the following Saturday to play city rivals Real Madrid in the Champions League final. Lose that one too and they could end up with nothing to show for their fantastic season.

Diego Costa has been the first player in ages to get close to Ronaldo and Mess's haul of goals. Koke has provided more assists than anyone bar Angel Di Maria, and Thibaut Courtois has been so good in goal that he's either going to be the starter for Chelsea or Barcelona next year.

But is this their last chance for a while to win something? Diego Simeone is a coach in demand, Costa seems set to leave along with Courtois, whose loan expires.

Unfortunately, teams who have unexpected success seem to have their best players taken from them before they get the chance to build and threaten the long-term domination of the big boys. No doubt Sevilla will have some of their player cherry-picked after their Europa League success, while Southampton seem set to lose Adam Lallana and Luke Shaw after a great Premier League campaign.

I hope Atletico win La Liga or the Champions League (or both). It's nice to see a great group of players mix it with the big spenders. And while players like Costa and Courtois may find more success in their careers, Atletico fans may not get another chance to win something for another 20 years.
Posted by Unknown at 2:40 PM No comments: